One thing highlighted by a Cisco and Juniper router comparison is the fact that Cisco has a larger share of the overall router market. Because of that, there are more certified Cisco service engineers and more online support resources compared with Juniper for troubleshooting hardware issues.

Cisco and Juniper Router Contrasts Carry Over to Network Switches

Just like with the Cisco and Juniper routers, CPAK optical transceivers are exclusive to Cisco switches. Juniper switches are compatible with several other optical transceiver form factors, but cannot be used with CPAK hardware. Cisco also has a major share of the world’s switch market, just as it does the router market.

When the event of server failure, Navigator System certified engineers will be at your data center, with spares on hand to fix your server hardware failures in a timely fashion thus minimizing performance degradation or downtime.

Navigator System engineers are skilled individuals that can take care of your problem with ease. Avoid issues through annual maintenance and ensure your business is always running smoothly by tapping into Navigator System on-demand workforce. Call us +91 080 25307537/ 38/ 49 Sales: +91 9986288377or Email Us sales@navigatorsystem.com to schedule your diagnostic assessment today! ‍.

Data Center Storage benefits are hot-plug capability for NVMe SSDs and software RAID. But it is possible without needing an extra add-in card because Intel has added storage-centric innovations on the processor, chipset accelerators and networking, media and software. In future, VMware may use these technology in vSphere cloud-computing virtualization platform and other OEM can release the new Intel Xeon Scalable processors and high-speed NVMe storage.

With this package, storage servers based on the new Intel Xeon Scalable processors can not only connect NVMe drives via a PCIe connection, but also enable NVMe RAID.

There is no need for a third-party RAID controller for RAID enablement. Using a hardware key for activation, this function is integrated into the CPU. This allows for higher speeds along the PCIe bus in a more efficient manner and eliminates the worry of a third-party card failure in the system.

VMD enables hot-swap replacement of NVMe SSDs from the PCIe bus without shutting down the system.

We know that SATA drives offering this but now VMD makes hot-swapping of an NVMe SSD.

In the data center, storage often involves clustering, and that means networking. So the new Intel Xeon Scalable platform integrates iWARP RDMA Ethernet, allowing one node to quickly get data from another node.

It’s important to have balanced memory and lane connectivity when connecting latest SSDs. To address this requirement, the new Intel Xeon Scalable processors increase both the lane counts and memory channels to increase throughput 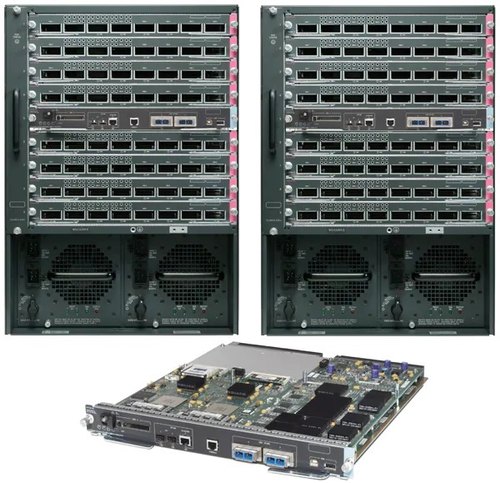 Cisco 6500 Series Switches are used by many organizations. Cisco 6500 Series Switches are broadly sent grounds spine switches. They are streamlined for Multigigabit Ethernet administrations to assist you with ensuring your system speculation. Basic, adaptable programming membership suites assist you with accomplishing the most recent DNA advancements in approach based mechanization, secure availability, and basic investigation and confirmation over your system.

The consumers finding their way to maintain the Cisco 65xx devices are only for access to IOS updates and bug fixes. To contact Padma +91 9986288377, email: sales@navigatorsystem.com.