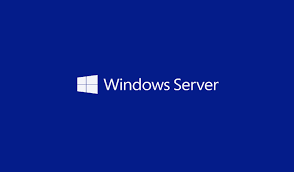 The upgrades for containers, networking and storage.

The software-defined networking with

CIOs choose the release for new deployments. Here consider Software Assurance covering the servers to deploy the latest release in the Semi-Annual Channel (SAC). But not Long-Term Servicing Channel (LTSC) releases every 2-3 years. Be prepared to upgrade SAC releases only supported for 18 months after each release.

Nano server is now assigned to a container image only. When Windows Server 2016 was released, Microsoft credited Nano was the future and should be adopted for Hyper-V and storage hosts. But it failed fast and dropped the idea of Nano server on physical hardware.

Now this has led to optimization of the image with all the drivers and software required for it to run on hardware removed, shrinking the image from 390MB to 80MB. So when developing new software to run in Windows Containers, Nano is the best platform. On the other hand, if you’re lifting and shifting existing applications into containers, probably need the broader compatibility of the Server Core container image. It has been shrunk by 60 percent in 1709.

On the networking side, Windows has parity with Linux for working with containers, including support for Ingress routing mesh for swarms. Named pipes are supported in Windows Containers, letting applications in one container work easily with applications in another container on the same host.

Shields VM: The Host Guardian Service (HGS) that enables shielding of VMs to host administrators/ cloud service providers from accessing your VMs can now run as a VM.

In network virtualization, enable the isolation of application services for security, so that it is easy to enable virtual network encryption by marking a subnet as Encryption Enabled. This uses Datagram Transport Layer Security (DTLS) to encrypt the packets for network improvements, including the ability to use templates to control the flow labels.

Building on the foundation of Storage Spaces Direct, which supports hard drives, SSD drives and NVMe (SSD drives connected directly to the PCI Express bus) for really fast storage, 1709 supports storage-class memory. These are battery backed-up DIMM sticks as fast as RAM, but they provide persistent storage. These kinds of devices will eat your SSD for breakfast.

To speed up your VMs, use Virtualized Persistent Memory (vPMEM), creating a .vhdpmem disk on this type of storage and adding it to a VM as a virtual disk.

On the other part, main feature missing compared to NTFS was data deduplication. 1709 adds the ability to use deduplication with ReFS.

Previously with windows server 2016, it was only available in System Center Virtual Machine Manager. It looks at the load across Hyper-V hosts in a cluster and Live Migrate VMs from nodes with high load to nodes with lower load.

In Windows Server 2016, memory usage and CPU load is taken into account. 1709 adds OS and application to improving the accuracy of the balancing.

We are here to Help!

Dealing with infrastructure issues, or struggling with new technologies – and still increasing your organization’s technology advantage.

With Navigator System Support IT Management Services, you can be backed by a team of experts, and focus on your growth and success.

We take care of the day-to-day maintenance of your infrastructure including application monitoring, software updates and patches, network security and regulatory compliance.

We’ll also maintain security through the use of intrusion detection, log monitoring, and vulnerability scanning tools.

If any hardware or networking issues arise, we’ll spring into action and keep you regularly updated until it’s fully resolved.